SYL wish to thank  Alf for giving up the time to host an evening with us and to record an  interview to answers the many questions we received prior to and on the night.

Alfred Galustian started his soccer career as a youth player for Wimbledon.

He is the Co-Founder and International Director of Coerver® Coaching

To date Alfred has worked as a Coach Instructor with 17 National Federations including the French, English, Japanese and Brazilian.

During the 2010/11 Season Alfred was the Specialist Skills Coaching Advisor to the Premier League. 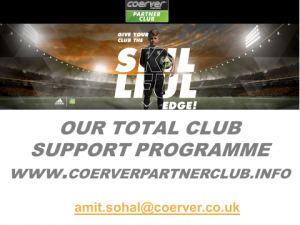